be part of our crew

What is
Aardvark Music?

LISTEN TO THE MUSIC

Meet artists, rehearse for gigs and hang with your crew

Get out there and gig

“Time and time again I get asked What was your childhood like? I guess that I was an outcast until I got behind that mic. When I got out there, I found I had a family I could talk to.They knew what it felt to hit the ground, and they helped to pull me through”

Once you have completed the Aardvark Sessions and recorded your album, you officially become part of the Aardvark Alumni, where you take part in workshops and gigs and meet with your extended crew regularly.

If you loved the Aardvark Sessions so much that you want more, you can always train as a youth mentor. Read on to find out how becoming a youth mentor opens up a whole host of new experiences.

Have you ever wanted to be part of something truly meaningful that is also incredibly fun? At Aardvark Music we have some brilliant volunteers who give their time and talent to help us thrive.

Have a listen to some of the incredible music that has been created during the Aardvark Sessions program. Over the years Aardvarkians have created everything from hip hop to heavy metal, whatever your music taste you are sure to find something special.

“Aardvark Music has re-inspired my journey into music, lifting the struggles and inner demons of my mental health.”

LISTEN TO THE MUSIC 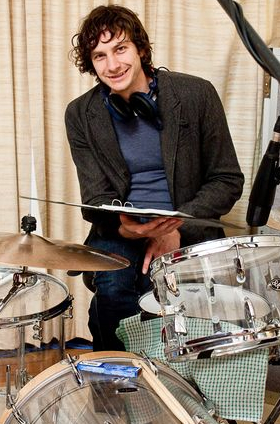 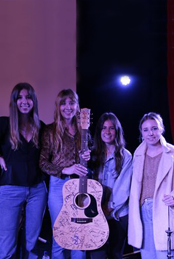 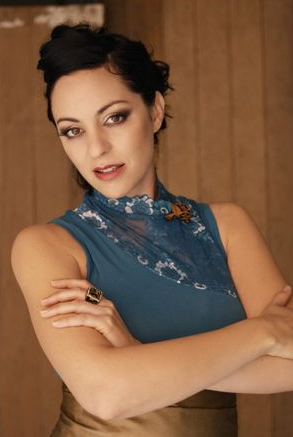 Aardvark Music is thrilled to call Gotye, Stonefield and Monique Brumby our ambassadors.. Read more about what Aardvark means to them…

Many other performing artists also make an invaluable contribution to Aardvark Music by running workshops and master classes in their areas of expertise.. From Ecca Vandal to Ben Abraham, Find out who has been involved here…

Wouter “Wally” De Backer known professionally as Gotye is a Belgian-born Australian multi-instrumentalist and singer-songwriter. Wally’s musical projects are varied and eclectic and his talent is formidable. Wally has topped charts and won awards worldwide, including multiple ARIAs and Grammys. In 2011 Wally co-facilitated the Aardvark Sessions with Monique Brumby and has since been involved with Aardvark as a sponsor and an official ambassador. Wally’s talent and generous and relatable character have bought so much to the Aardvark Sessions program and the organisation as a whole. We can not thank Wally enough for his continued involvement and support.

“Aardvark is a fantastic program and it has resulted in a really brilliant CD that I’ve been privileged to be part of, making music with an amazing bunch of young folks. I’ve seen them do incredible things as they’ve become friends and come out of their shells and written amazing lyrics, melodies and chords and put together songs I think are fantastic and I’ve really enjoyed being part of it.” Wally De Backer (Gotye)

Stonefield is an Australian rock band made up of four sisters: Amy, Hannah, Sarah, and Holly Findlay. Stonefield is from Darraweit Guim, a small town in rural Victoria. The band won the 2010 Triple J Unearthed High contest in 2010 and was subsequently placed on high rotation. Since then they have gone from strength to strength performing far and wide from the famous Glasonbery festival in the UK to the MCG in Melbourne. Stonefield’s third album ‘Far From Earth’ will be released in April 2018. Stonefield have been working with Aardvark since 2014. They began by visiting the young people at the Aardvark Sessions, helping the Aardvarkians shape their songs. Later on, Hannah and Sarah joined the Aardvark Board until their touring and band commitments saw them on the road a lot more. We are delighted now to have Stonefield as our Ambassadors and look forward to working with them into the future.

Monique Brumby is a much celebrated, Aria award winning singer-songwriter and producer. Monique began as volunteer facilitator with Aardvark in 2011 with Wally De Backer. She gave an incredible amount of her time and talent to the program and had an extremely positive impact on the young people she worked with. Monique then moved to Creative Director, lead Songwriter and Facilitator between 2013 and 2015, again taking the organisation from strength to strength. Monique is now a wonderful Ambassador to Aardvark and her passion and commitment contributes greatly to our community.

We would like to thank our wonderful supporters for allowing us to deliver our work with confidence knowing our community is held into the future. Read more about what a partnership with Aardvark Music means…

Help us to grow

A small amount
can have a